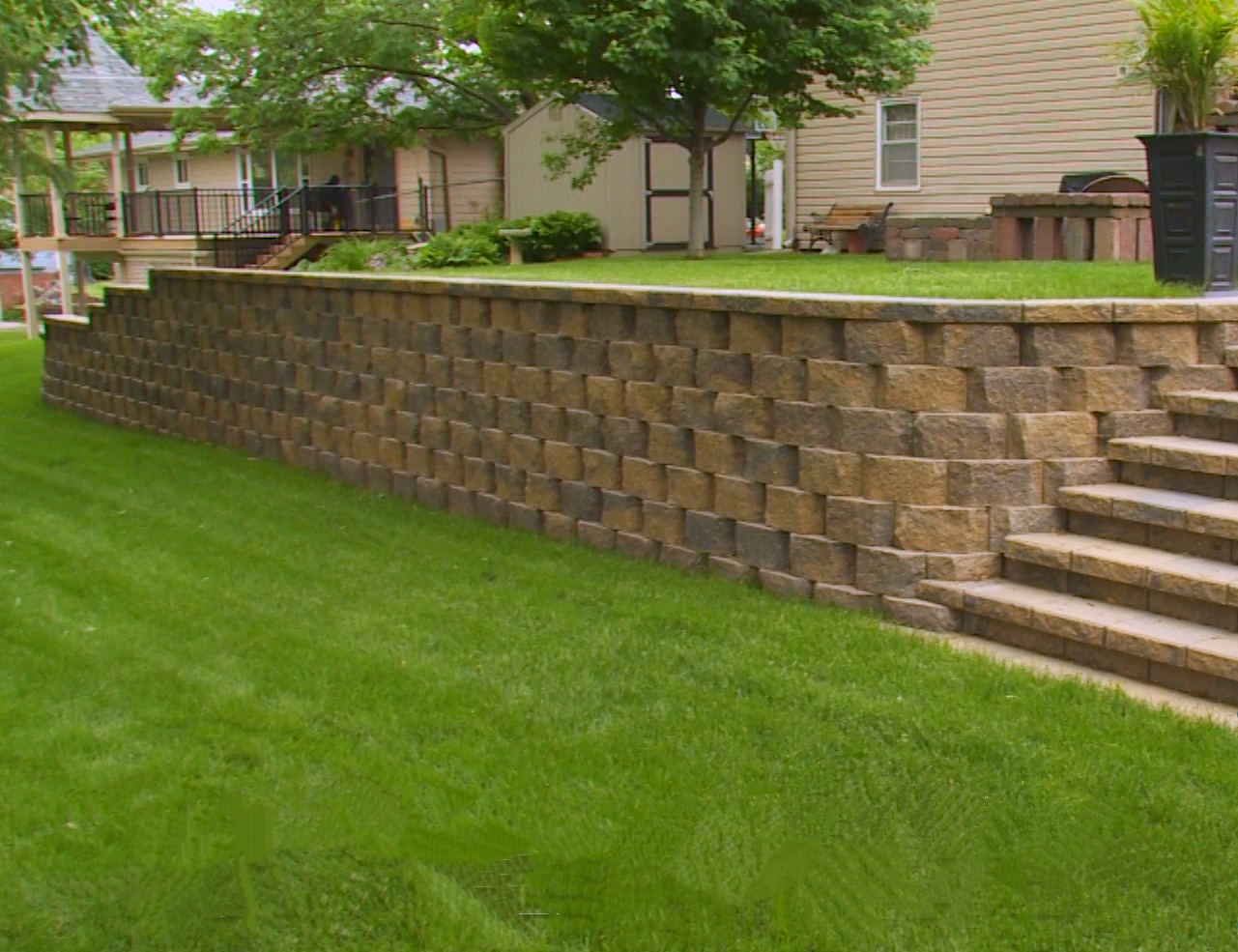 Walls, normally thought of as interior design elements, are useful in landscaping, too. A landscaping wall can be freestanding to define an area, to provide a garden backdrop, or to create privacy. Or a landscaping wall can be used to retain earth after an excavation, such as for a driveway or patio. In the latter case, they’re called retaining walls.
Causes of Retaining Wall Problems
Retaining walls have to work a lot harder than freestanding walls. In addition to supporting their own weight, they must resist lateral forces due to the soil being retained. Sometimes that soil is saturated with water, which can build tremendous force, especially with slow-to-drain, expansive clay soils.

Consequently, special provisions are made—or should be made—when building a retaining wall:

It should have a “batter”, or pitch, so it leans toward the soil it’s retaining.
Tie-backs, also called dead-man anchors, should be installed to tie the wall into soil well behind the wall.
Drains should be laid behind the foot of the wall to move water away, before pressure can build up and push against the wall.
Footings, or a bed of compacted gravel, must also be used to support the wall, especially if the soil is loose or subject to freezing.
If there is no batter, or the anchors were inadequate or missing, or if the drains have become clogged, or if the base is not firm, a retaining wall may begin to tilt, settle, or buckle. Tree roots may add to the pressure as well; so can the weight of items placed on the ground above and behind the wall (e.g., parked vehicles or an outbuilding).

Retaining Wall Repair Options
Whether a retaining wall is built of stone, block, concrete or wood, it can begin to lean. When this occurs, the homeowner has two choices: either demolish the wall, re-excavate, re-install drains and rebuild, or call in a foundation repair specialist.

A professional can quickly stabilize the wall and in many cases pull it back into its original position. Foundation repair companies are accustomed to fixing foundation walls using similar techniques.
Anchoring a Retaining Wall
One method used by foundation repair contractors that has gained widespread acceptance is to use helical anchors.

Helix-shaped blades are welded to steel shafts to form an anchor that looks a bit like a giant screw.
Holes are cut in the wall to accommodate the blade diameter, then hydraulic rotary equipment is used to drive the anchor through the wall and deep into the bank of soil behind.
A threaded adaptor that extends past the wall face is then attached to the rod and the hole is patched.
Finally, a steel plate is placed over the threaded rod and secured with a large nut.
When this is done with the appropriate number of anchors, the wall is stabilized. Depending upon the situation, the nuts can be gradually tightened to move the wall back to its original position.
The use of helical anchors to restore a retaining wall is significantly less expensive than tearing down the wall and starting over. It is also far less disruptive, especially if the wall is alongside your driveway!